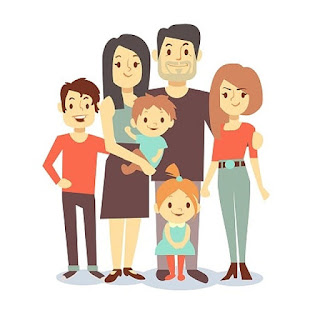 I A first approach to the issues

Our task is to disentangle the knot of assumptions that go to make these difficulties; rejecting some, showing how others can be dealt with, accepting others. At the risk of being dismissed out of hand, I shall indicate what my strategy is. I shall argue that most of the decisions that are now taken by centrally controlled multi-function agencies ranging from nation-states down to municipalities could be taken by autonomous specialized agencies that are co-ordinated by negotiation among themselves or, if that fails, by quasi-judicial arbitration, rather than by direction from a controlling body. Participation in the decision-making process in each body should extend not to “the people” generally, but to those who are affected by the decisions in question to the degree in which they are affected. Obviously, this raises a crucial problem about what interests are to be accounted legitimate. Interpreted conservatively it could mean that all existing interests are to be protected. Interpreted radically, it might seem that everything is “up for grabs” and every individual or group has an interest in almost everything. I shall attempt to show how a course might be steered between these extremes.
The first element of my strategy, then, is not only anti-state but anticommunalist, directed against giving sovereignty or anything like it to any geographically or ethnically circumscribed group. In doing so it runs contrary both to the major tradition of political philosophy and the course of political history, as well as to most projections for the future, conservative or radical. Nevertheless, I shall argue that the problems we have to face in practice can be solved only by moving in the direction of functional decentralization of this kind. My argument will involve an examination of the inherent characteristic of the various decision-making procedures that already exist in social practice designed to demonstrate their limitations and the effects of using them beyond the scope of those limitations. In particular, I shall examine the limitations of the market, bureaucracy and voting as mechanisms for the control of productive resources and argue that other mechanisms could be introduced in appropriate contexts that would not have the same limitations.
If the division of communal and corporate agencies into specialized functional agencies were carried as far as possible, subject to considerations of technical efficiency, the number of decision-making bodies with considerable autonomy would be increased enormously. Even at a municipal level there is no reason why the various services that local councils provide, roads, parks, libraries, recreation facilities, building regulations, health services, garbage collection and so on, should not be run quite independently of each other, with different geographical circumscriptions and with closer relations to similar services in other areas than to many other services in their own area. People might come to see themselves as being part of many diverse social activities and functional communities rather than any simple inclusive community. Indeed, this is increasingly the case in modern urban societies. Nevertheless the very complexity of modern life raises a seemingly intractable practical difficulty. In most local communities there is little enough interest in local politics. If people are faced with the need to participate actively in the very large range of agencies of all shapes and sizes that affect their wellbeing, it seems most unrealistic to suppose that they can or will do so in an informed and constructive way. In practice they will vote en bloc for party tickets and hand over their active voice to political elites.

Chapter 1 confronts the usual arguments for the necessity of the state in an attempt to undermine them, and underlines the dangers in the state system and the precariousness of attempts to control it. It is argued that the system of states generates rigidities and absurdities that are impossible to control democratically. In chapter 2 the problem of bureaucracy, control from the top through large permanent administrative organizations, is examined and the reasons for it criticized. The possibility of organizations being answerable Introduction 13 directly to those affected by their decisions is explored and the problems of such a system clarified.
Chapter 3 undertakes a sustained critique of voting, emphasizing the paucity of the information a vote can convey, the futility of the individual vote in mass assemblies and the impossibility of voters becoming well informed. The defects of party politics and the incapacity of reforms in systems of voting to remedy them are detailed. This critique is followed by an argument that statistically representative decision making bodies would provide a means of meeting all the major objections to electoral politics, as well as providing a means of breaking bureaucracies down into small units under the direct control of those they affect.
Chapter 4, having briefly surveyed the inadequacy of a pure market economy to provide public goods and reasonable access for all to the means of production, outlines a proposal for a market society in which various productive resources are vested in different trustee bodies. These trustees would be independent of each other and not subject to any central policymaking or executive body. They would lease productive resources to firms at prices that would cover the need for public goods, and safeguard other community requirements. The argument is that demarchy would constitute an adequate social control of production in a market economy and provide satisfactory security for all.
In chapter 5 various features of and objections to this system of public decision-making that I call “demarchy” are examined, and the hopes that might reasonably be placed in it are detailed.
A reader who is anxious to get to the heart of the matter might start at chapter 3, or even at the third section of that chapter, where the working principles of demarchy are outlined, and proceed to chapters 4 and 5.
I have many ideas about the practical details of implementing demarchic principles that are not mentioned in this book. To do so would have been misleading. What I am anxious to produce is a radical reappraisal of the whole problem of public decision-making. Once people accept the possibility of demarchy they rapidly find themselves coming up with an abundance of suggestions about how it might work in practice. It is one of its great strengths that it makes experimentation in thought and practice infinitely easier than in state-governed societies. It thrives on diversity.

1. For a good critical survey of contemporary theories of democracy see Jack Lively’s Democracy (Oxford, Basil Blackwell: 1975). My work is much indebted to the works of R. A. Dahl, especially A Preface to Democratic Theory (Chicago, University of Chicago Press: 1956); Polyarchy: Participation and Opposition (New Haven, Yale University Press: 1971) and Dilemmas of Pluralist Democracy: Autonomy vs. Control (New Haven, Yale University Press: 1982). Dahl has coined the useful term “polyarchy” to designate the regimes we usually call democratic in Western countries.
2. On ancient democracy see M. J. Finley, Democracy, Ancient and Modern (London, Chatto and Windus: 1973) and E. S. Stavely, Greek and Roman Voting and Elections (London, Thames and Hudson: 1972). All officials other than generals were appointed by lot in Athens, and the business of the assembly was handled and the agenda set by the council of five hundred, again chosen by lot, working through its smaller executive. Another place where appointment by lot was used extensively was in early renaissance Florence. There, however, the proportion of citizens eligible for office was a good deal smaller than in Athens. The reasoning behind the preference for sortition was simple and sound. If people had to choose they would attempt to elect the best candidates. The candidates with upper-class backgrounds would normally appear superior. The result would be rule by upper-class people who engaged in demagogy rather than democracy. British political history nicely illustrates this point. In other Western countries, where class differences are not so clearly marked and socially respected, the result of elections is a professional stratum of politicians whose class connections are more significant than their origins. Of course, it has usually been taken for granted that democracy is inferior to rule by the best. The dominant verdict in Western political thought is in favour of electoral aristocracy.
3. “Demarchy” is an archaic word which Hayek used to describe the view he advocated in Law, Legislation and Liberty (3 vols., London, Routledge and Kegan Paul: 1973, 1976, 1979). How ever, since he did not employ it persistently, it has not passed into current use and I feel justified in attempting to appropriate it.
4. Rousseau still made this assumption about class societies, though not about classless societies, Social Contract, Book IV, Chapter 3. To Godwin, however, writing at the end of the eighteenth century, sortition seemed a merely superstitious practice. The point had been lost.
5. The complexities of problems of rational public choice have been studied intensively in recent years. The best survey is that of D. C. Mueller, Public Choice (Cambridge Surveys of Economic Literature), (Cambridge, Cambridge University Press: 1979). See also H. Van den Doel, Democracy and Welfare Economics (Cambridge, Cambridge University Press: 1978).
6. The great exponent of this doctrine is John Rawls, A Theory of Justice (Cambridge, Mass., Harvard University Press: 1971). There is a very large Introduction 15 literature on Rawls’s work. See particularly N. Daniels, Reading Rawls (New York, Basic Books: 1974) and Brian Barry, The Liberal Theory of Justice (Chicago, University of Chicago Press: 1974).
7. Like most nineteenth-century radical democrats, Marx placed his faith in measures designed to ensure that the representatives of the electors acted as their delegates. This assumes that the electors arrive at a well-considered verdict on every important question. I shall argue that this is unrealistic and inappropriate. Not everybody should have an equal say on every question. Moreover, the construction of the common good is a matter of negotiation between different interests, and negotiations can not be carried out effectively in structures of the kind Marx envisaged. In general, Marx underestimated the extent to which political structures were subject to inherent laws quite as constraining as those governing economic structures. He saw clearly enough the economic absurdities of nineteenth-century populist radicalism but failed to criticize its political prescriptions. It is easy to excuse Marx’s oversights in these matters. It is less easy to excuse his followers, who use the lamest of anti-utopian arguments to absolve themselves from thinking about politics beyond immediate issues.


[1] Bruce Gilley is assistant professor of political science at Portland State University in Oregon and a member of the Journal of Democracy editorial board. His latest book is The Right to Rule: How States Win and Lose Legitimacy (2009). 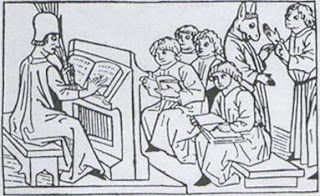